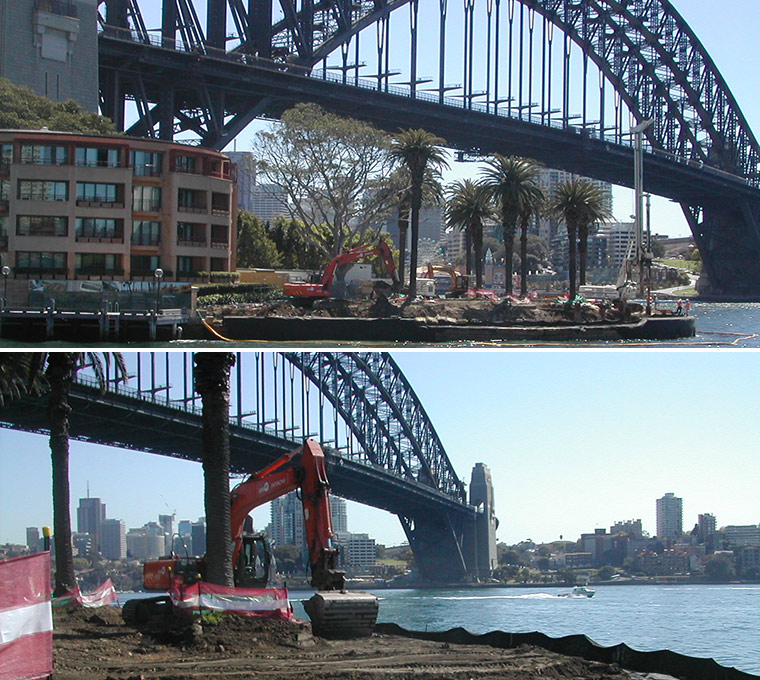 Overview: The seawall at Dawes Point required remediation due to erosion from Sydney Harbour.  Concrete works were undertaken on a floating slab and asphalt finishing was completed on the promenade, taking into account various historical and architectural details and the stablisation of Horse Ferry Wharf.